Introduction on using Docker for development

In this post I wanna talk about Docker because I think it would be nice to share the knowledge I gained about it. If you search for Docker on google you will find the official website where they are explaining what docker is, so I’ll be talking more about what’s there.

Docker is a wrapper around linux containers.

What is a container? 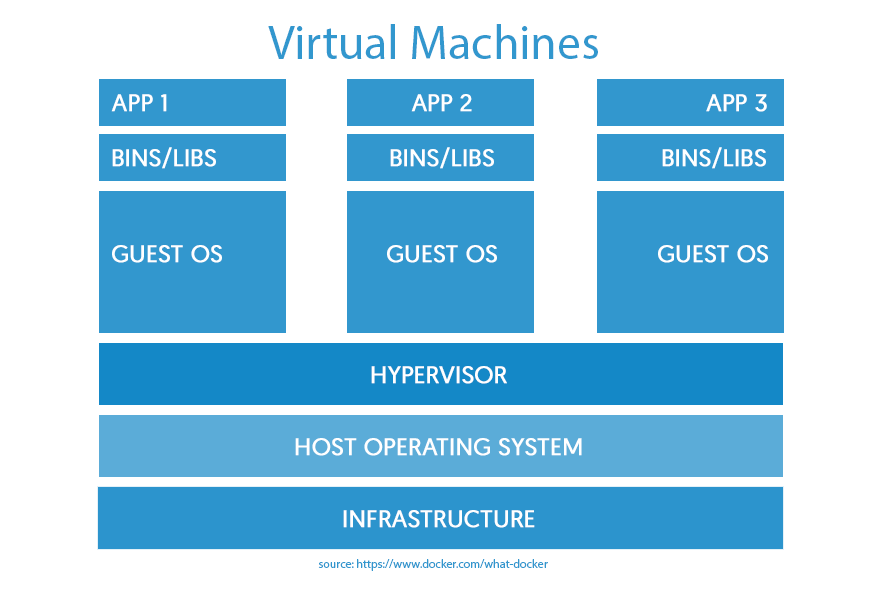 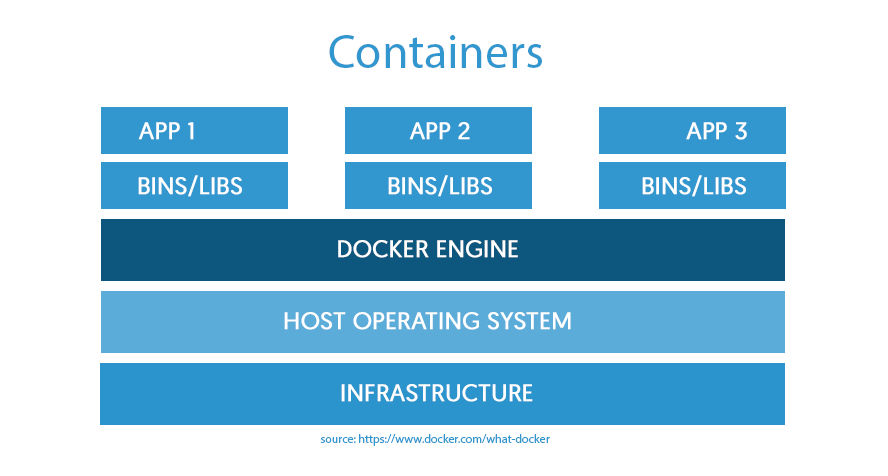 A container on the other hand, will share the linux kernel which means that there isn’t this extra layer of an entire computer that is stored somewhere on your computer so it can run. A linux container contains exactly what it needs to be. For example if I want to create a Debian container, it can sit on top of my linux system and the container will share my linux kernel, doesn’t matter what linux operating system I have installed on my computer, and on top of it will build whatever it needs to build in order for it to be Debian.

So in conclusion a virtual machine is an entire computer, it runs things like networking, cron, syslog everything but a container runs basically only one process.

As you may read on the official docker web page, docker’s commercials solutions provide an out of the box CaaS environment that gives IT Ops teams security and control over their environment, while enabling developers to build applications in a self service way. Docker provide the tooling for organisations to be able to innovate faster, reduce costs and be more productive.

Developers are able to define their own environments. Ops people can deploy applications faster allowing the business to outpace the competition.

Developers own all the code of the application infrastructure and are more flexible to update it. Ops people are able to secure, scale and document the environments, while the costs of the organisations are overall reduced.

Docker allows teams and organisations to choose and leverage any infrastructure: cloud, VMs or even their own servers

How to install Docker?

For the latest instructions you should always refer to the official documentation.

How to use Docker?

Now that you have docker installed on your computer it’s time to get to the action… Actually, no! Before you start using docker you have to learn the most useful commands and how you can interact with them. I hope you’ll not be too intimidated of the number of commands I’ll be presenting. Later on, in other posts I’ll use them and it would be good for you to have this intro.

How to use Docker images commands

For searching on the registry (docker hub) and find the proper docker image you need, you will use search command.

For downloading or updating an image from the registry you will use the pull command.

For uploading an image to the registry so you can use it later you will use the push command followed by the image name.

For listing all of your images you just use the images command.

Docker images consist of multiple layers. Sometimes you’ll have dangling images which are layers that have no relationship to any tagged images. They no longer have a purpose and consume disk space. They can be located with the filter flag, -f with a value of dangling=true to the docker images command.

If you want to remove an image you will use rmi command. -f flag will force delete the image.

In order to remove all the images you have you can dynamically get the images ids with docker images -q command and pass the result as an argument to the docker rmi -f command.

If you want to remove the dangling images you could use -q flag and pass the dangling command to the rmi command.

You can also check the history of an image with history command followed by the image name.

How to run a container in Docker

For starting a new container all you have to do is run an image. You could also pass more arguments to the run command.

How to use Docker containers commands

Listing running containers is as simple as listing your active processes in linux.

For listing all containers just pass the -a flag to the ps command.

You can also commit an image locally.

For removing a single container you will use the rm command and the -f force flag, followed by the container id or name.

Sometimes you want to remove all your containers (running or stopped) so you’ll have to dynamically search for the container id with docker ps -aq and pass it as an argument to the rm -f command.

If you wanna inspect a container metadata to find out more about it, as: what containers are liked to it, what IP address the container has, in which network it’s in or what volumes are attached to it, you can always use the inspect command followed by the container name or id.

Dynamically read a specific metadata from the container.

You can stop a running container with the stop command.

And off course you could start a stopped container with the start command.

Finally you can kill a docker container with the kill command.

Tips and tricks with containers

Sometimes we have to name a docker container so we can easily remember it’s name.

To run a command in an existing container we have to use the exec command which will be the most used command for a developer.

How we can debug containers

Once again the inspect command come in handy.

If you wanna copy files from or into docker container you can do that with the cp command.

Dockerfile. What is for?

Docker can build images automatically by reading the instructions from a Dockerfile. A Dockerfile is a text document that contains all the commands a user could call on the command line to assemble an image.

This Dockerfile can be build using docker build which will create an automated build that executes the command-line instructions in succession. The final result will be a new image with a ubuntu 16.04 distribution which will have Nginx installed and ready to receive requests.

To add a file from your local machine into the docker image you have to do something like this.

Very simple. However, if you want to add a file from your home directory this wouldn’t work.

Note! Best practice: Only place files and directories that you need to add to docker image under the directory where your Dockerfile is in.

This was a crush introduction into docker. In the next posts I’ll be talking about volumes and networks how to run containers and I’ll be using most of the commands presented in this post. I think you’ll like it so stay tuned.